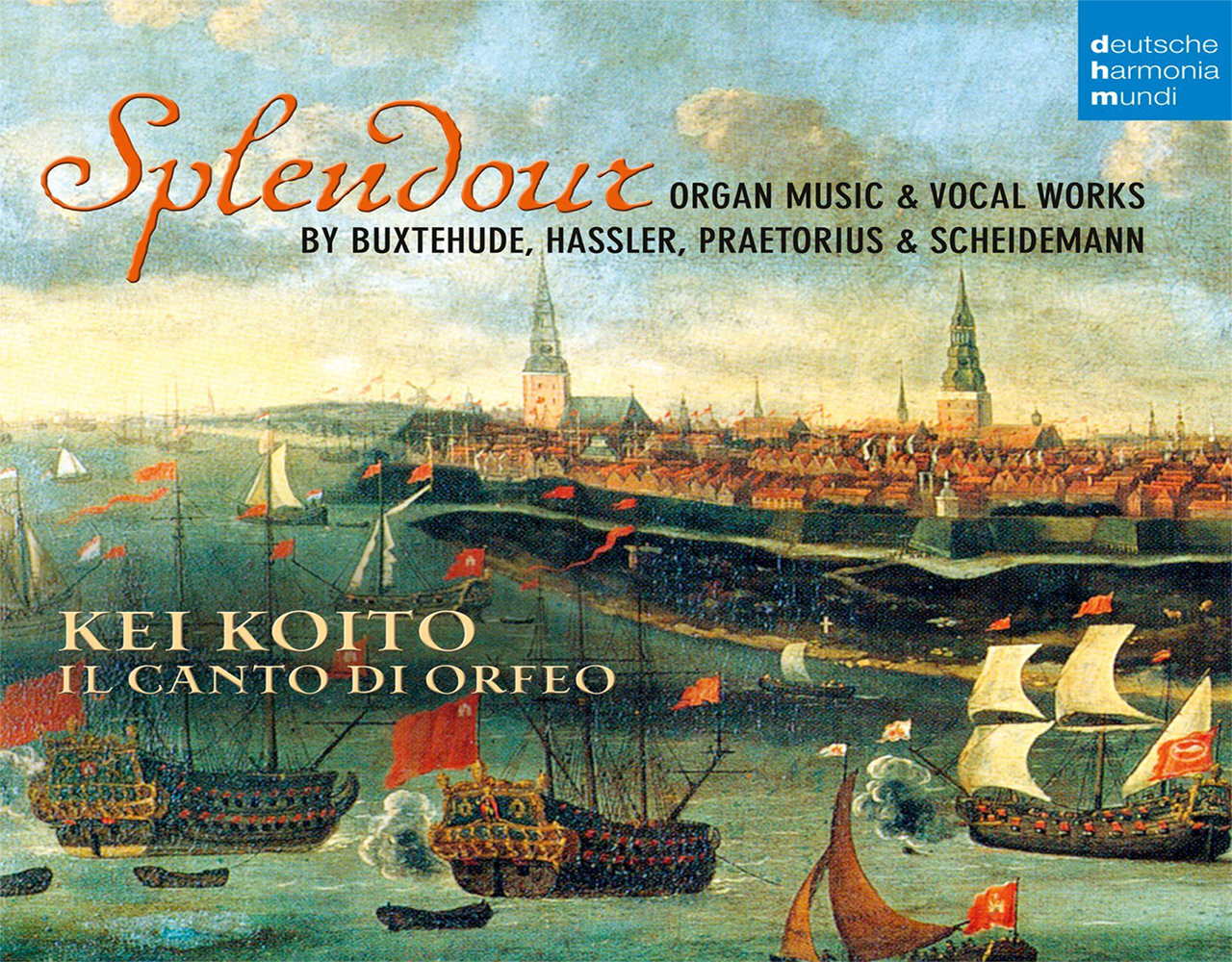 This splendid and beautifully recorded CD is a tribute to its engineers as well as to the artists who chose and performed such interesting and well-researched music. This is the best tribute to this year’s Lutheran celebrations that I have heard, and it captures the richness of the interplay between the outstanding Hans Scherer organ of St Stephanskirche in Tangermünde and the chorales, motets and Gregorian chant sung by the Italian group, Il Canto di Orfeo, whose contributions were recorded in a sacristy in Milan. Try the amazing organum on track 17 as a taster!

As in her Bach Vol. 5, recorded equally well on the Volkland organ in the Cruciskirche in Erfurt, the choice of instrument seems exactly right for this music. Like the Erfurt organ, this remarkable survival of the 1624 Hans Scherer organ was reconstituted by Alexander Schuke of Potsdam and is tuned pretty mean at 486hz. She draws attention to the remarkable 8’ Pedal Octavenbaß and we hear it used on its own, where it has the clarity and dignity of a G violone at the bottom of an early Baroque instrumental ensemble as well as providing a rich fullness to the pedal organ in combination with the Untersatz or the Bassunenbaß. The manual reeds on the Oberpositiff are colourful, the OberWerke is based on the 16’ principal, and its mixtures are related to that pitch. It seems possible to combine ranks in almost any combination, and her choice of registration lets us hear the variety as well as the depth of this almost unique survival of its period and place.

As her helpful notes – you need to check the English version with the German when it seems peculiar – disclose, the connections between the composers represented and the socio-cultural as well as musical worlds that they inhabited is remarkably complex. She lists which composers’ works are found in which libraries, and the relatively brief notes (nine pages) are full of detailed information and further references. As in her other recent recordings, only the specification is given in the booklet, but the detailed registration is provided in full on her website, to which the booklet refers.

I enjoyed the artistry, the planning of the programme, the collaboration with the Italian OVPP group, the beautifully recorded organ and its colourful registers in equal measure. This is a well-thought-out, and very musical programme, performed with great skill. The sounds are exciting, and the overall concept is excellent. I cannot commend it too highly.

This is a well-thought-out, and very musical programme, performed with great skill. The sounds are exciting, and the overall concept is excellent. I cannot commend it too highly.

There are two stars on this recording, the player and the instrument. Right from the first bars of the opening Tunder Praeludium the full sound of this stunning organ, expertly recorded here, shines through with the splendour of the disc’s title. The instrument is the early 17th-century Hans Scherer organ in the Stephanskirche in Tangermünde, restored in 1994 by Alexander Schuke. Koito follows the Tunder with Buxtehude’s Nun komm der Heiden Heiland played on flutes which immediately shows the quieter side of the organ. The rest of the programme is chosen to showcase it in music by Hieronymous and Jacob Praetorius, Scheidemann, Weckmann and Böhm. There is lots of antiphonal playing which contrasts various stop combinations, while the meantone tuning and beautifully-even voicing make it a joy to listen to. Koito’s playing matches the brilliance of the organ with fluent and unforced phrasing, enhanced by intelligently-applied ornamentation. The organ music is interspersed with chorale settings by earlier German composers like Hassler and Michael Praetorius and with some plainchant. As on Koito’s other recordings, the gaps between tracks are minimised which helps the flow between them. Continuity is also helped by particular groupings of tracks around successive verses of the Magnificat and the German Vater unser. The vocal tracks are sung by Il Canto di Orfeo and are mostly of a suitable brightness to match the organ. There is some anomalous Solesmes-style plainchant, and parallel-fifth organum, but generally the match between organ and singing works well. Koito has written her own very helpful liner notes and there is more comprehensive information about registrations, texts and translations, biographies on her website. This is a most impressive recording indeed which makes a compelling case for the importance of the North German organ and its repertoire.

Koito’s playing matches the brilliance of the organ with fluent and unforced phrasing, enhanced by intelligently-applied ornamentation.

Once praised for its perfection by Michael Praetorius, the 1624 Hans Scherer organ of St Stephan of Tangermünde is one of the only surviving ‘Hamburg-Prospekt’ organs from the early Baroque period in northern Germany still practically in original condition. The organ’s restoration some 20 years ago gave it back its original tone and mean-tone temperament, and it’s now a rare instrument on which we can accurately recreate the sounds of the period in music by the Praetorius family, Buxtehude, Böhm and Weckmann.

This quietly delightful recording by organist Kei Koito and vocal ensemble Il Canto di Orfeo pairs works from this golden age of German organ music with chorales, hymns and chants. The result is neither quite liturgy nor concert but a sort of musical meditation in which we often trace a single chorale melody or hymn tune from its origins through embellished organ arrangements and variations.

The vocal works, directed by Gianluca Capuano, are exemplary, the vibrato-less purity and soft blend of their solo voices mirroring with uncanny sympathy the tone of the organ itself. Plainchant lilts and curves with ease, and everything from that to various Lutheran hymns and a charming little chanson-like psalm-setting by Goudimel, J’ayme mon Dieu, is dextrously and unobtrusively shaped. Oh for some texts and translations, though, to give the full picture of works whose sacred words are all-important. 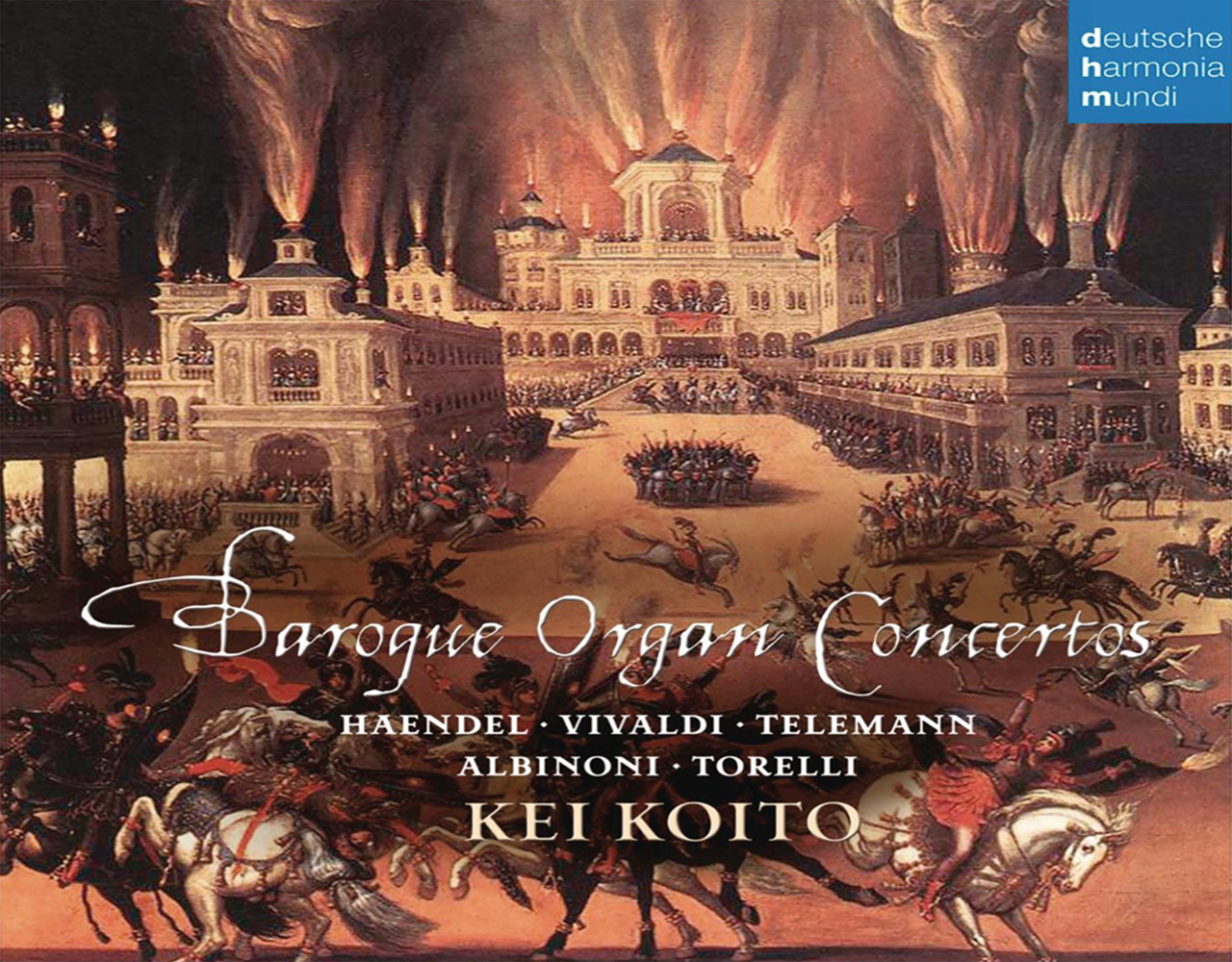 This is an imaginative programme of concertos by Handel, Vivaldi, Telemann, Albinoni and Torelli, played on a three-manual, 40-stop Schnitger organ, colourfully registered. The four concertos by Vivaldi, Albinoni, Torelli and Telemann were organ transcriptions by Johann Gottfried Walther, while the remaining concertos and isolated movements have been adapted to the organ from harpsichord works. Particularly effective is Kei Koito’s choice and arrangement of several Handel pieces.

The result is impressive. Not only by the impressive sounds of the organ, but also because of the beautiful recording, the excellent introductory text of none other than Reinard Goebel, and as well by a treasure of information in the form of pictures and registrations on the website of the organist.

A jewel of a record!

A jewel of a record!

Dear Kei, Your CD is really splendid!! I’ve been listening to it several times. The use of the organ is unexpected and daring and it results in beautiful colours.

Your interpretation is on the highest level.

Your interpretation is on the highest level. 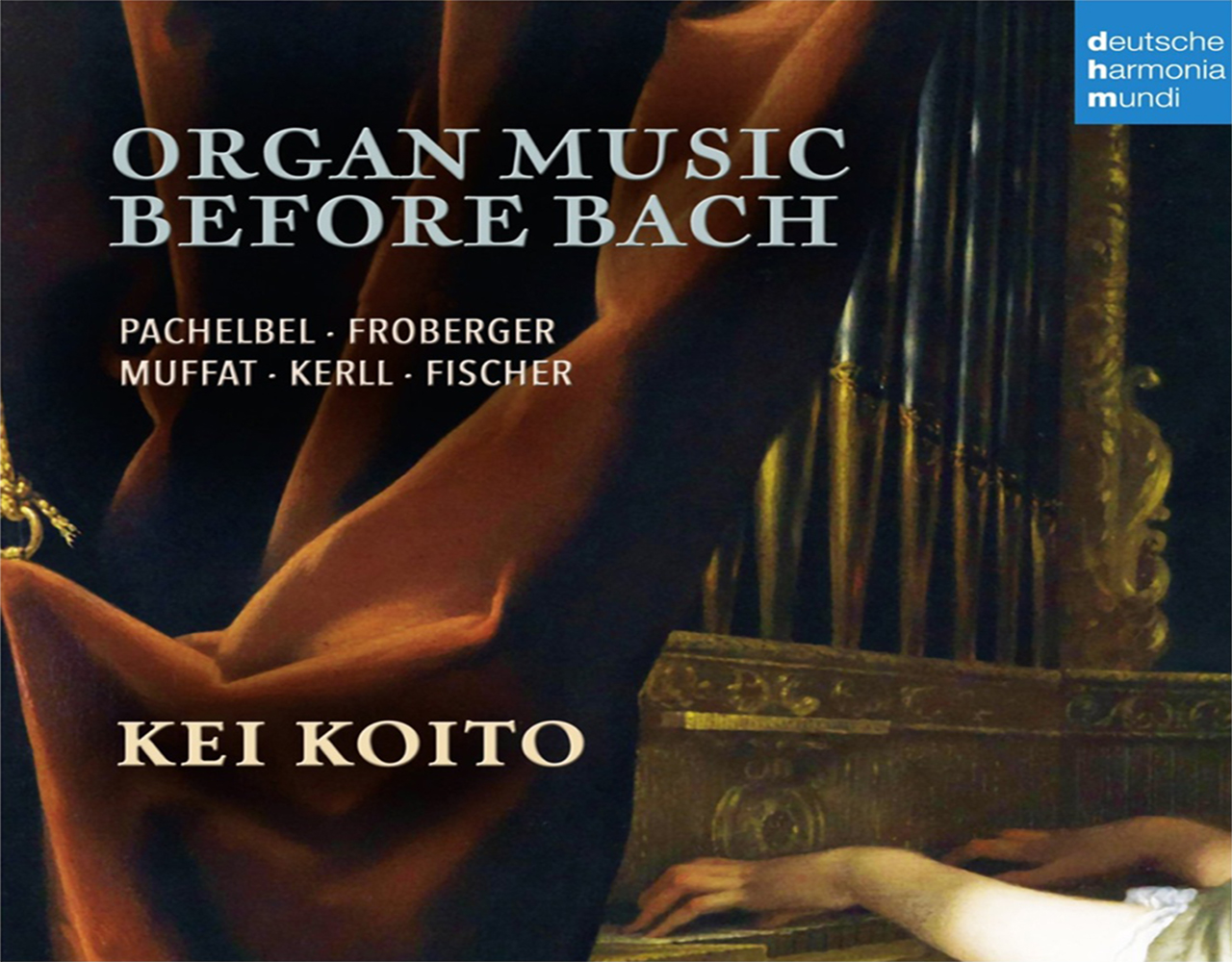 Despite the all-encompassing title of this CD, the focus is on German organ music before Bach and, more specifically, South German and Austrian music. The opening piece is by Pachelbel, an organist composer raised in the strict Lutheran tradition. But the Italian influence is immediately apparent. Like so many other German organists of the period, culminating in Bach, Pachelbel was part of a musical succession that traced its musical roots back to Frescobaldi. His pupil, Froberger, was instrumental in spreading his style throughout Europe, with Catholic Vienna being the focus of much of this musical interchange. Muffat was a pupil of Lully in Paris as well as Corelli in Rome and produced a synthesis of French and Italian styles, as represented by two of his majestic Toccatas and a gentle Ciacona.

The organ is in the typical South German Countere Reformation style – Wolfegg is close to the famous organ in Weingarten. It has few reeds, and gentle flue work with a range of colourful 8’ stops including, in this case, a Viola, Viola da Gamba, Salicional and a Quintatön alongside the usual Principal and Coppel stops. These colourful stops were designed to be used in various combinations with each other, one example being Pachelbel’s durezze style Fantasia (track 4) which combines the Viola and Viola da Gamba to produce a delightfully breathy opening transient to the notes. To these two stops are added the Salicional and Coppel in the middle part of Froberger’s Canzon V (track 17). The organ is tuned in a meantone temperament, which entailed the transposition of a couple of the pieces into more usable keys. The organ specification and registrations can be found here. Programme notes can be found here.

Kei Koito plays with an understanding of period performance and a good sense of touch and articulation. She adds several musical interventions of her own, but always in appropriate style, and lists her historic influences in the programme notes. The inter‐changeability of much keyboard music of this period is demonstrated in Froberger’s Meditation faist sur ma Mort future laquelle se joue lentement avec discretion (‘Meditation on my future death – to be played slowly and with discretion’) which sounds very effective on the organ, rather than the harpsichord or lute. There is far less silent time than usual between the tracks. I don’t know if this is deliberate, but it does allow the music to flow from piece to piece in a rather attractive manner.

Kei Koito plays with an understanding of period performance and a good sense of touch and articulation.

This CD presents a fine récital of south German organ music before Bach: Froberger, Muffat, Fischer, Kerll and Pachelbel, in which a wide variety of genres – toccatas, ciaconas, fantasias, ricercars, passacaglias, canzonas, as well as a prelude and fugue – are played on a wonderful sounding organ from 1736, in mean-tone temperament at A427 Hz. Kei Koito studied with a wide range of European experts in baroque music (not just organists), and this shows in her rhetorical delivery and sensivity to this historic organ. Even Froberger’s Meditation on his future death (actually a harpsichord piece) is played with conviction.

Kei Koito studied with a wide range of European experts in baroque music (not just organists), and this shows in her rhetorical delivery and sensivity to this historic organ.